So what led to the Whiskey River reunion that was a major focus of the all-school reunion in Moose Lake a few weeks ago?

Whiskey River is a traditional country/rock group that was formed in Minnesota in the summer of 1973, by the four original members “LJ” Johnson Jr., Greg Snyder, Dick and Larry Fadness.

In the fall of 1974 Whiskey River relocated to the Moose Lake area where the Fadness brothers were from. They rocked and toured the area for many years. After performing hundreds of gigs around Moose Lake and becoming widely known, the band decided to expand their line up for a fuller sound. They added Dale Lings on steel guitar, Pete Macartney on fiddle, and Danny Naslund on rhythm and acoustic guitar. Judd Erickson was added as a second vocalist, who eventually would replace Johnson. Norm Steffen went on to replace Greg Snyder on drums.

Whiskey River released independent LP’s in 1978 and 1980, and in the early 1980s the band began to gain radio airplay. After a long road of touring, records, line-up changes, and becoming national recording artists, the band finally called it quits in the mid 1980s until July 4th in Moose Lake.

Last December, Tony Tracey and Nelson were brainstorming and thought it would be great to bring Moose Lake talent back to the all-class reunion. They immediately called Erickson and the rest of the Whiskey River band. Other bands and artists on the bill for the all-class reunion included other Moose Lake graduates, the legendary Paulette Carlson, of Highway 101, and Tony Tracey, of Uncle Lucky.

Nelson said it was it was a matter of “getting all of the guys on board.” He knew it was possible and said it was about time.

Nelson may have had an easier time getting the band back together than others, having grown up and been friends with many of the band members from the beginning. Although Nelson never played with Whiskey River, he played with many other local bands of the time including, The Morticians, The Remnants, and Cruze, ths gave him a better connection and understanding to try and get the band back together.

Nelson was in charge of scheduling the bands, getting a stage, making the arena look good for the show, as well as being the go-to guy during the celebration, and big show.

Although all four original members of Whiskey River have passed on, Guyal was able to get Judd Erickson, Norm Steffen, Peter Macartney, Danny Naslund, all of Whiskey River back on stage together. For the shows they also added Greg Fadness, the youngest brother of Larry and Richard Fadness, Trent Boldt on bass, and Kurt Stone, on guitar.

Nelson said he thought it was possible to bring the band back together, but quickly credited others to making it happen.

One of Whiskey Rivers main writers, and later band member who received a phone call from Nelson is Barnum graduate Danny Naslund.

Naslund joined Whiskey River in 1978 right after their first album. He had wrote a few songs on the first album, but was just considered a writer.

Although it is difficult to join a band after their original line up is set, Naslund said that he was added more as a supplement for Judd Erickson, and that he was a mainly as a writer.

“When I joined Whiskey, It was like me being invited to ride along in a Cadillac, a smooth machine,” he said.

At the time he joined Whiskey River, the line up was set, their set list and instruments carefully tuned and the band had already begun to build a good reputation not only in Minnesota where they were based, but also across the states where they were touring.

Naslund’s first memory of Whiskey River was when the band was playing a show and during a break, their manager, “Frenchy” Carlson, took him backstage.

“I went backstage and sang an original song for them. Whiskey then proceeded to cover it at their next show,” he said.

Naslund said his favorite memory was just working with the other members, along with the Scruggs family, Earl and Randy Scruggs were famous producers in Nashville Tennessee.

In 1980, after a few years of playing 300 plus nights on the road, Naslund made the tough decision to stop touring with the band, although he did continue to write new material for them. He said he mainly left the band because he was having trouble with writing on the road.

Naslund went on to graduate from the College of St. Scholastica, Duluth with a teaching degree, and is currently teaching English at Cloquet Senior High School. Naslund said much of what he has learned from writing is from singer/songwriters. Jackson Browne and James Taylor who heavily influenced him as a writer.

“The professionalism I learned from Whiskey River carried over into teaching,” said Naslund.  “Larry and Dick Fadness were serious about what they did and that follows every day when I teach.”

Naslund said that he has failed many times as a writer, and shares that with his own students, in efforts to help their own writing.

As for current plans for another Whiskey River show, as of right now Naslund says he is not aware of any, but “Never say never.”

Naslund also stated that “It was an absolute honor working with Greg Fadness, the youngest brother of Larry and Rick Fadness, who helped play at the Moose Lake gig. He as well as others, commented it felt right playing with a Fadness on stage.

If you want to find out more information on Whiskey River, or leave a message for the guys check out: 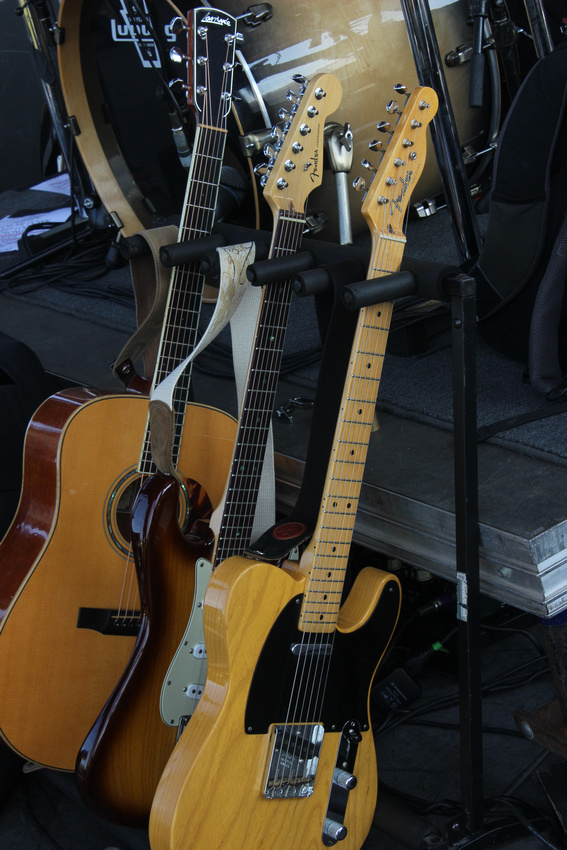